APM Terminals Poti and Poti New Terminals Consortium signed a Memorandum of
Understanding for over a 100-million-dollar investment for a New Bulk Cargo Terminal that
has a capability to process minimum 1,5 million tons of dry bulk cargo annually and will
bring new trade opportunities for the Georgian transit corridor. The new terminal is
expected to be built on land and infrastructure belonging to the APM Terminals Poti.

The Memorandum of Understanding between APM Terminals Poti and Poti New Terminals
Consortium was signed on January 12, 2018, in the Courtyard Marriott, Tbilisi.
The APM Terminals Poti could expand the Poti Port in a northerly direction within “North
Territory”, which involves the construction, development and operation of the new
breakwater, dry bulk cargo terminal and related infrastructure according to international
standards.
To propose next steps, Poti New Terminal Consortium will bring together a group of experts
that create, develop and manage a dry bulk cargo terminals to modern international
standards. They will also plan for relevant infrastructure and accompanying facilities.

APM Terminals – one of the world’s biggest port operating companies looks forward to
continue serving the logistics community and other customers in the Caucasus and Central
Asia, thereby facilitating international trade and promoting economic growth in Georgia.
The list of honorary guests invited to the signing of the Memorandum of Understanding 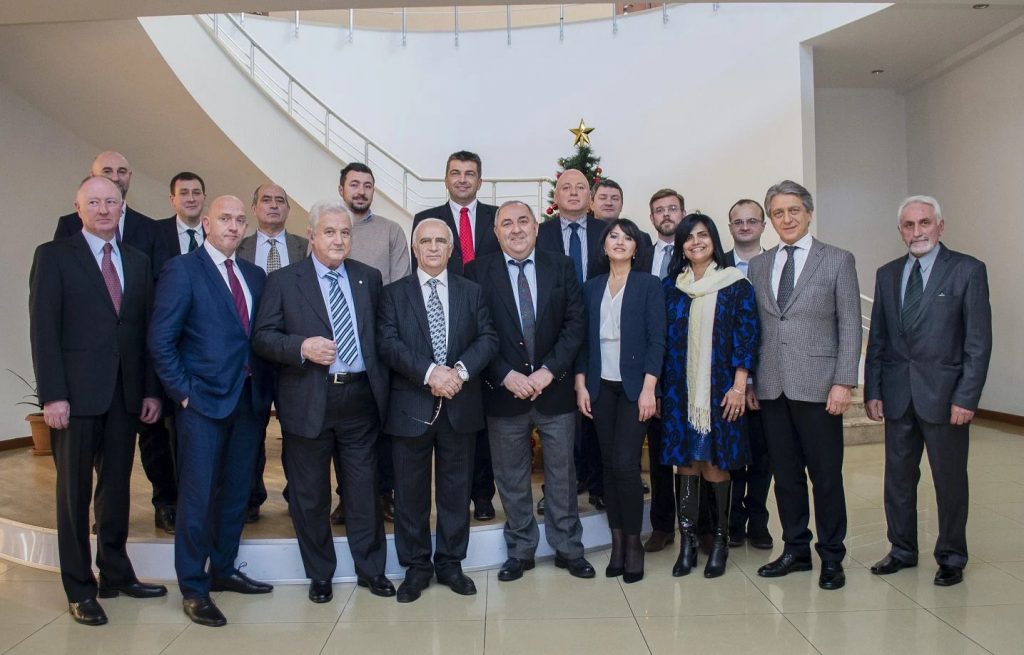 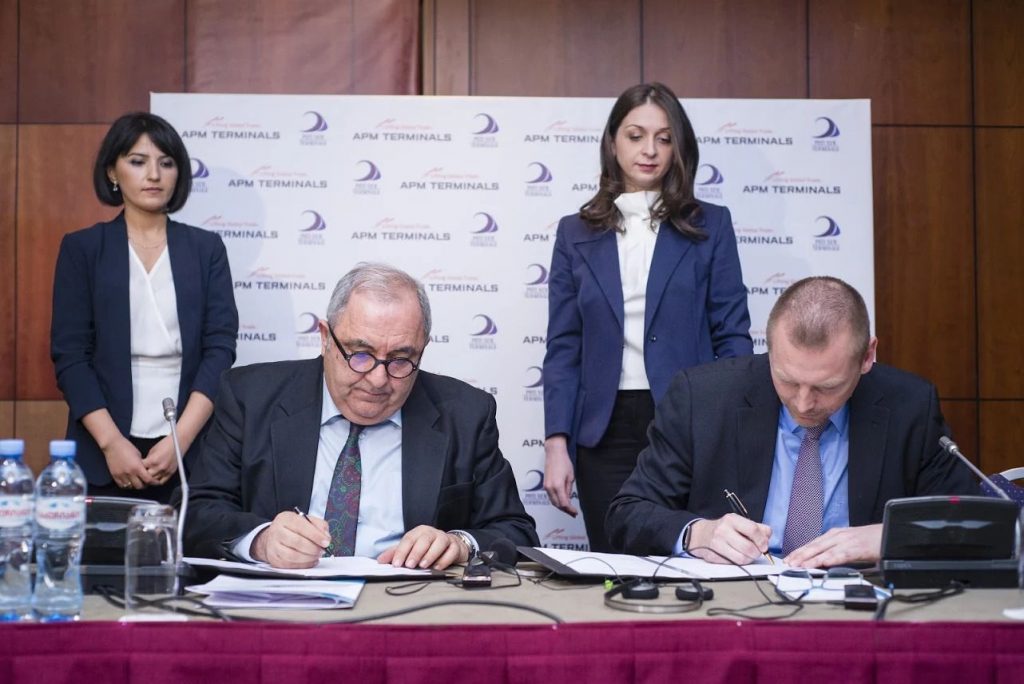 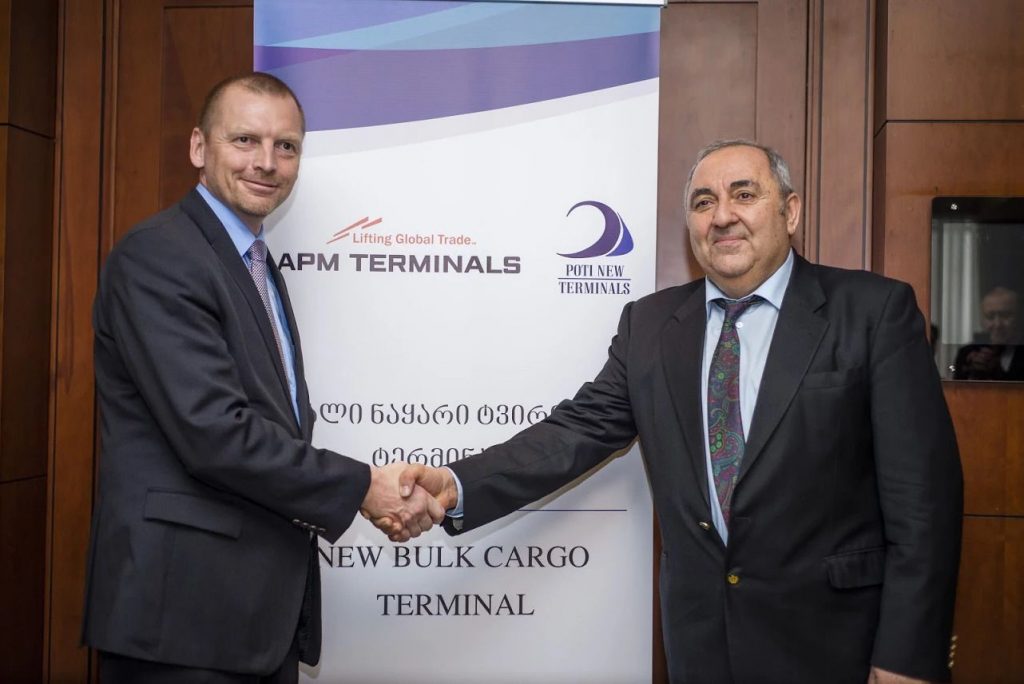