Interview of the Member of the (PNTC) 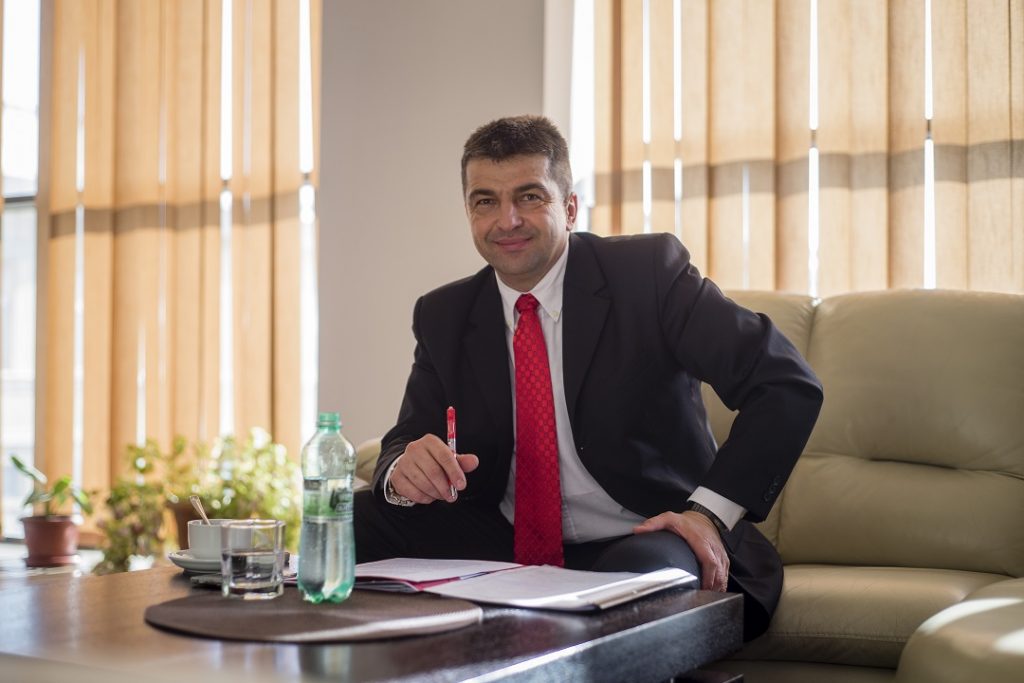 – How can one terminal of the Port of Poti with the depth of 13,5 meters and the bandwidth of 1,5 million tons of bulk cargo be considered as a serious competitor to the Anaklia mega port with the depth of 16 meters and 100 million tons of container bulk?
– New terminal in the Port of Poti means new opportunities…
States the Czech businessman Ladislav Halacka, one of the founders of the new terminals consortium of Poti.
1. As we can see, you have already made a decision on the investments in Georgia, is that correct?
– Yes, despite a few small problems, we are monitoring the processes in Georgia and we see significant progress in terms of the business climate improvement, Georgia is an attractive country, the number of visitors has increased and this is not accidental, I have a close relationship with the embassy of my country, my country supports me, I know what is happening here. However, you should know, I more like a local and I don’t only see the current developments from the outside. I hope our project will not have any obstacles, the rest depends on us – the business.
2.Not a lot of time has passed since the signature of the memoranda of understanding with the “APM Terminals” and you are still here, can you tell us a few words about this project?
– In the framework of our project, one terminal for the processing of the bulk cargo should be constructed in the port of Poti, 13,5 meters in depth and with the bandwidth of 13,5 million tons. According to the European specialists in this field, in order to organize the terminal in accordance with the international standards and to establish a relevant infrastructure, investment worth 100 million US dollars has been made in the course of two years.
3. We see that recently, several big projects were presented in Georgia, there is an impression that there might be some kind of connection among these projects, or there is a competitive environment, what can you say about that?
– First of all, I would like to mention that my partners and I welcome the competition in business and the chairperson of the consortium has discussed this issue on one of the TV channels; However, I should reiterate an important circumstance that since I familiarize myself with the feedback here, I understood that consciously or unintentionally, there is an incorrect interpretation of the wide range of issues (which does not take place in the informational environment related to the worldwide transportation and I can name a few dozens of feedback) or the impoverishment of our project, and constant attacks on the chairman of the Consortium as well. Our one terminal with the bandwidth of 1,5 million tons of bulk cargo can in no way compete with the mega port designated for the bandwidth of 100 million tons of container cargo, this is clear and I can assure you about that, as a specialist of cargo transportation, as a person who has served as a director of the managing company of the third and fourth terminals in the port of Poti throughout the years. In addition, there is no connection among the presentations of these projects, we have been thinking for years about the implementation of similar projects in the Poti harborage and at the time, participation in the direction of Anaklia was interesting for us to discuss, however, we chose Poti in the end. And we have extended intensive negotiations with the management of the Port of Poti and reached the signing of the memoranda. We welcome the Anaklia project and wish them success. We are focused on the cargo that is traditional for Poti and we would like to create new possibilities and a comfortable service environment for them. How can we think otherwise: should we compete with such a big initiative by investing 100 million US dollars? And if anyone sees the competition between these projects, I would like to ask – is the competition bad?
4.On what stage is your project now?
So far, only the memoranda of understanding is signed, currently, the preparatory work of the concession agreement with the “APM Terminals” is conducted and simultaneously, negotiations have been resumed with the cargo owners well-known to us, so that they can join our project in the consortium or the relevant memorandums on the intentions are signed about the possible future relations.
I will periodically inform you about the proceedins.
-Thank you!