Interview of the Chairman of the (PNTC) 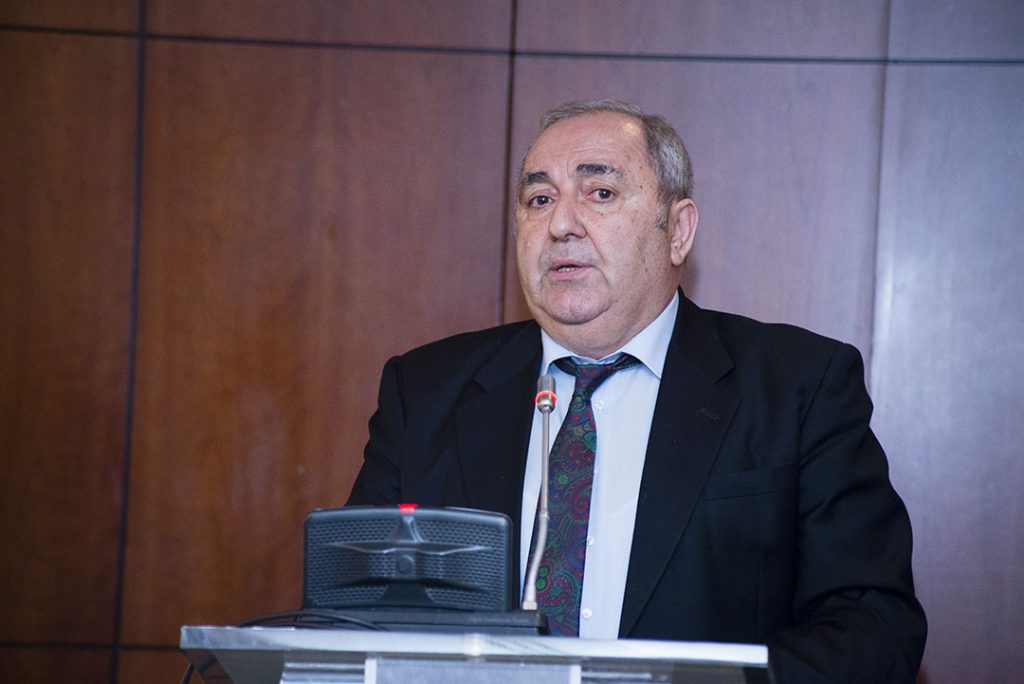 1. Mr. Tamaz, when the flow of freight is decreased in Georgian Ports today, why you decided to invest on the territory of Potiseaport?

– With respect to today… this day came automatically. My team and me are in business work for more than 25 years. For a certain time we were forced to leave port business, however we were always working to implement new port projects. Today there are appropriate conditions to materialize our plans. We analyzed 5 different places to locate modern deep-water terminal and made sure that the best benefit with less expenses in the shortest time is possible only in city of Poti.

2. Could you please clarify which business risks are related to building of new terminal in Poti?

– I can clarify the factors that are necessary for building new terminal and they are fully presented in Poti. You can make summary on your own:
– Free lands;
– Roads and railway;
– Power lines and other communal infrastructure;
– Ports specialists experienced over generations;
– Well studied sea behavior: waves, deep sea floor, debris, coastline and etc. (that is necessary for optimal planning);
– Munificence of logistic companies and supplementary logistic infrastructure;
– Customs zone;
– Supplementary swimming means (tugs, pilotage, swimming crane and etc.)

All of this is placed in Poti. In other places, where alternative ways of building of new terminal were discussed, non-existence or decreased existence of such factors increased risks for developing business.

3. What act can exercise Poti port administration in order to help you after exploitation of new terminal?

– I could not call it help but the fact that our consortium does not need to make additional investments for purchasing tugs (that serve placing ships at the terminal) and pilotage (for placing ships in canal) is a great deal.

4. You declare that investment of more than 100 million dollars is necessary. Which calculations you depend? Do you have necessary draft for the relevant business plan? When do you start, when do you get your first ship and etc.?

– Of course we have calculations and these calculations are based on real need of market. In any place in Georgia where modern terminal will be built two things are necessary: 1. Landingstage and 2. Protected bay. First of all our investments will be focused on building these two objects. Our calculations showed that Poti is the best place to do it with fewer expenses. Start of investment is dependent on several factors. We are preparing several documentation and also we work on forming long-term “concession agreement” with “APM Terminals”. Soon we will deliver project documentation for receiving license for building. We hope that every formality will end this year and start of building process is presumed in the end of this year. According to our calculations first ship will be received in 2020. We do not exclude the fact that the project will contain other phases in future, but it is early to speak about this now.

5. We know that financial resources are mobilized for building Anaklia. Does “APM Terminals” participate in financial part of your project? Did you think about joining project of Anaklia deep-water port? It could also be possible to build identical terminal there?

– Consortium plans to build new terminal of bulk cargo only with private investments. “APM Terminals” does not participate in financial part. This project does not require state subsidies and financial assistance. In parallel regime we conduct talks with different financial institutes. According to preliminary calculations period of repercussion should not be more than 7-8 years. This number will be further clarified in the future. Our specialists also take into consideration Anaklia as an alternative option and they reached decision that Poti contains fewer risks and requires less investment. Therefore due to commercial appropriateness we choose Poti. 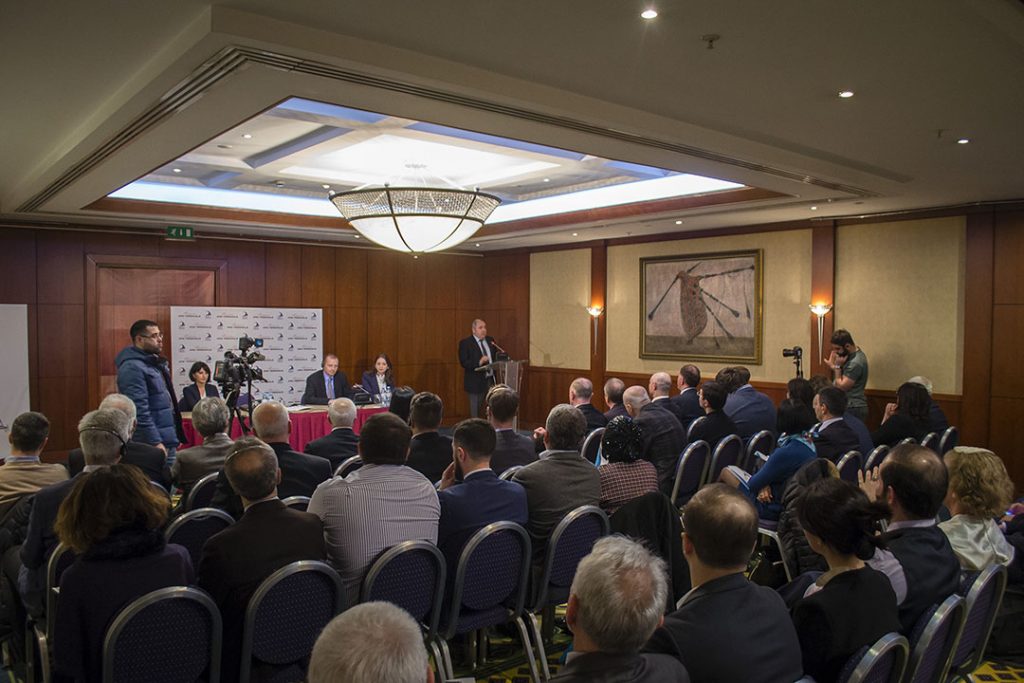 6. Last year’s statistical data show that the flow of freight is decreased in Georgian Ports (only flow of containers is increased) and Baku-Tbilisi-Karsi railway was opened. In such conditions what your thoughtsare based on about creating new terminal for bulk cargo?

– Statistical data do not lie. As from other countries side there will always be a competition and attempts to open new routes to place ways connecting to Europe in appropriate shape for them. If we will review statistics of ports from the day of independence, decrease of flow of freight was always followed with increase. However this does not meansremain inactive and to solve problems only by building deep-sea ports and terminals. State still has a lot of problems to solve and to contribute to use our country’s main trump fully that means way out to sea.

In case of our project we shall take into consideration that we do not depend on traditional transit cargo on Georgian territory. We plan to attract these cargos that before did not have transit on Georgian territory and this will be our priority. Big part of our cargo is consisted of raw materials, ore and mineral, cargo that needs big ships with 12 meters depth and more. Until now transit of such cargo was impossible in Poti port because it could not receive big size ships. Caucasus and middle Asia is rich in mineral resources. Our terminal can receive cargo, stock age and big ships. This means that Georgia will become interesting transit state for international traders of raw materials. In trade of raw materials cheap logistics are essential and the bigger cargo is sent by ship, the less transit costs.

With respect to Baku-Tbilisi-Karsi railway, maybe I am mistaken but I think that containers at the beginning will use this route and it cannot affect non-container flow in Georgian ports. According to my calculations, this project is intended for trade of Turkey with middle Asian countries, North and South America and Far East.

7. What can you say about the fact that building terminal of identical function is plannedon the former territory of “Shipyard” in Poti?

– We welcome competition. Also we aim other segment of market, respectively big ships up to 13,5 meters and cargo associated with it. As it is clear for me such ships have barriers to enter into “Shipyard” water area because of technical reasons. Therefore we took into consideration different size cargos.

8. Who will be Operator Company for new terminal? If it will be your company how can you operate in the conditions of high competition taking into consideration the circumstance that “APM Terminals” service will increase your expenses?

– Operator of new terminal will be company founded by our Consortium. Our partners and we do not intend to delegate this function to external company taking into consideration our experience of working at port. Competitive market encourages us to permanently invest and optimize operation expenses. With respect to “APM Terminals”, it will give service with the same rate as it serves other private operators in Poti port. Therefore we exclude increase of expenses due to our cooperation with “APM Terminals”.

9. Which companies do your members of Consortium present?

– They are successful companies in Europe and World. Cooperation with some of them is for 10-15 years long. They are functionally connected to big Ports and represent logistical companies. Representatives of Venetian Portvisited Georgia for two times and took part in presentation of signing Memorandum with the help of these companies.

10. What do you think about Port being a property of State?

– We should not appeal permanently on selling of strategic objects. We can talk on this separately. In several developed countries there are examples of ports being state’s property, also bays and general infrastructure. Also there are opposite examples. According to world practice, also there where state possess port, private companies organize terminals, they determine price of service. Practice has showed that organization by private companies is more effective than of state.I can give example in connection to us. At that time when Poti port was property of a state (1997) we implemented first and risky USAID pilot program that meant control of port terminals by stevedoring organizations. According to the assessments until now this project was successful and contributed to irreversibility of this process in other ports of Georgia.

Government should think about tomorrow with present possessors of ports not in the manner of restricting or eradicating them from the market but with the means that are provided in the agreement of ports and state. Together with gaining profit they should think about attracting cargo, increasing ports and implementing additional investments. Our government should contribute to this action.

11. 2 years ago talks were conducted about Poti “Megaport”, today we listen about only building of one terminal, what is happening? Project “Megaport” that should have been implemented in 2017 will not be exercised in future? Does project presented today will cover obligations of “APM Terminals”?

12. According to your biography you have big practical knowledge and experience in transportation and transit. Can you tell us sincerely whether Anaklia deep-water port is necessary today?

– I think authors of the project have thought a lot about that issue. It will not be ethical to comment on it from my side. In general increase in number of ports will be better for Georgia. I can answer also otherwise: Today everyone is talking about “transit hub”, but on scientific level documentation that will conceptually return our country to “silk road” – to our acceptable passage – does not exist in public sphere. State shall do more than it is doing today in this direction. Otherwise we can get not increase of cargo but fragmentation of existing cargo in Georgian ports, in new port and terminal. This will place new, old ports and terminals in bad financial situation.

13. Can you name two or three examples on how to improve our transit corridor?

– There are complex problems that can be solved by state with more effective approach. However there are external issues that are not dependent only on us.
– For example our railway is very expensive and not sufficiently fast. Investments exercised for its effectiveness are not sufficient; time for road rehabilitation is low.
– In the sphere of logistics investments are little. Old systems should be refused. State should exercise more investments in this direction.
– And one more thing – State’s government must clarify through the Ministry of Transport the role and meaning of these responsible persons that will protect interest of our country in attracting cargo from different regions. Today those functions are given to railway and ports that is not sufficient.

We can talk on external factors other time.

14. And finally how many persons will be employed? And will they cover locals?

– One of the main reasons for choosing Poti to build new terminal was a dynasties of port specialists in this city. Up to 500 local persons were employed in Poti port during operation of my partners and me. In the project of new terminal majority of employees will be Georgian specialists. During the process of building more than 1000 person will be employed directly or indirectly (taking into consideration sub-contractors). According to our presumption up to 250 Georgian citizens will be employed at the terminal after its exploitation.